Its amazing how one memory of her has completely rocked me .. not even a complete memory.. just the shape of one piece of her head . .

I have been weepy ever since. Just constantly close to tears. . And they seem to come easily.

Yesterday was just a much needed *almost* our family day. We all needed that time to be with just us. We all miss her.. in our own ways. Nicholas now insists on putting his shorts on backwards when he does them himself. .. He says thats how they are supposed to go. And since he is not a fan of chonies I cannot see how that is comfortable.JLK used to do the same with her shoes. Completely insistent that they go on the opposite foot. I was worried her feet were going to start growing incorrectly she did it so often and for so long! 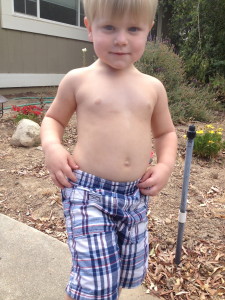 Jonathan chooses to wear a Jennifer item most days.. I never know what it will be.. The glasses didn’t last long (thankfully because this was hard for me) but he seems to feel the same way about her things and love4jlk stuff that I do. A need for it versus a want for it.. 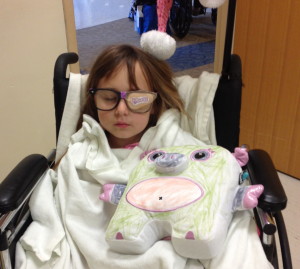 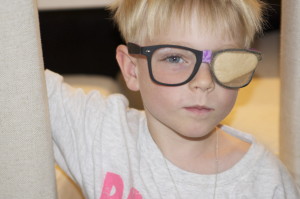 I have days that I just need to have Charlotte in something that was very Jennifer. I always have something that was Jennifer’s or connects them together.. But some outfits just really remind me of Jennifer and I can put Charlotte in them and imagine the conversation sissy and I would have had about it.. Well kinda imagine since the memory of her voice hasn’t    returned to me. 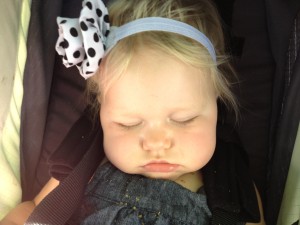 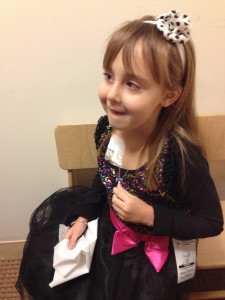 *this was a hair tie of baby Charlotte’s that JLK wore a lot. She liked that they could share it*

This Sunday Jonathan had some epic meltdowns.. Just outpuring of incredible emotion… emotion that ranged from despair to anger. ..It was a rough couple of hours on all of us.. but I think we managed through it well.

I have decided to pick focus points for each child.. what I want to concentrate on teaching them right now. And make all things I can come back to that.. Jonathan its expressing emotions in acceptable ways. Nicholas its being a good friend to his siblings. Charlotte its what no means and learning to talk.

At dinner I went back to what I used to do at meal time. Tony worked through dinner a lot in the past and I started to go crazy being with kids all day. So I started teaching/quizzing them. Everything from our nations capital and vice president to what street we live on to what sound a cat makes. I did that last night and dinner was truly enjoyable for all of us.

Before her death and after her death..

It really is how my life is divided now… More than anything else …probably more than everything else combined losing my daughter has changed me..

I feel like I am just in the very early stages of growing into who I will be now. So I am trying to remember what I did well before and bring some of that with me.. I don’t have to completely start over again in all things..

Tony and I went to our marriage counseling tonight and its always good for us.. but today even better than normal. A lot of connections were made and we got a lot of clarity and focus.. I won’t share any of the Tony stuff.. but I will share mine. He has been hurt feeling like 2nd fiddle lately, I try so hard with the kids sometimes little is left for him. . but the truth I had to admit is that its 3rd fiddle sometimes. .And that is simply not ok. I will be putting in more effort for him. He deserves it.

Unravel is my baby right now too.. and she needs a lot of attention. I have a great support system and am doing a good job of asking for help.. but its overwhelming. I have never before felt like there weren’t enough hours in a day.. Now I do.

We went out to dinner after counseling. A week night date night was unheard of .. in the “before time”.. Hell even a weekend date night was a rarity in the Kranz household. But this is “after death” and its something that is needed for us to remain the couple we are ..

I am still just so very sad.

I have forgotten everything about the way my senses absorbed her.. this one thing.. one 4 square inch piece of her came back to me. It has proven to be both mesmorizing and terryifing .. what if every memory .. of all 5 senses rocks me like this?…

what if it doesn’t?