I think she is connecting us.

A week or so ago (I have no grip on time right now) I was lamenting in the kitchen how Jennifer never got to try coffee.. she sent me sign which I thanked her for immediately. I don’t think it really sunk in though.

A few days later doing the same thing.. thinking abut all the things she would never get to do while making my coffee Jonathan spoke up.

I did… She got to try coffee!

A few days ago I mentioned picnics in their room.. They, Jonathan in particular,  know about the non profit.. they know that not all kids die from cancer and our goal is to make it so less children die. They know pediatric is fancy for kid. But we don’t talk about my blog. I don’t think it would be a benefit to them to know I write/share about us right now. Eventually I hope they read.. and know how very much they were loved.. every moment of every day. Right now though I don’t even open the blog page up in front of them.

So in that blog I had a picture of one of those bedroom picnics..Jennifer and her brothers. They used her dress up clothes chest as their table. They usually ate quesadilla on those days, less mess. Today driving home from errands I asked if that sounded like a good lunch. Jonathan immediately said yes but I want a picnic in our room.

the room that used to be their room .. his and his big sister.. now he shares it with his little brother.

“With her princess box.”

Luckily we were at a light because my eyes couldn’t help but fixate on him.. It has been over a year since we did that last. She had too many dress up clothes and we had to rip the lid off.. then it didn’t work so well as their table.. They had one of those shelving unit with lots of smaller plastic bins.. all pink and purple and princess of course. They used those as chairs.

Every other week I was in that room organizing those bins.. wanting barbies, all naked with chewed up feet, in one bin and cars in another.. Now it sits perfectly organized in her room.

… her room that she will never play in again. The room we moved her to since she very firmly asked for it.. before the rest of us knew how short her time would be..

I think she knew. I think it was her way of taking care of Jonathan.. Having him and Nicholas sharing a room before she left us. A protective big sister always. 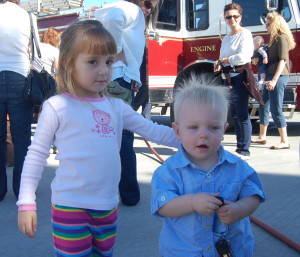 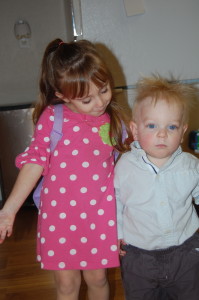 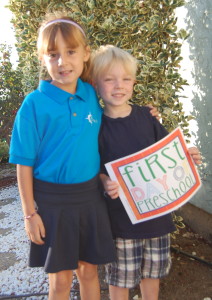 I couldn’t even remember if we still had it or had gotten rid of it in favor of a bigger box for her ever growing costume collection..

“I’m not sure we still have it son. I think we may have gotten rid of it before she died.”

” I want her princess box.” 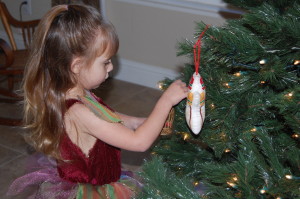 **tree decorating called for a costume**

We got home and I went into her room.. opened her closet door and there it was. Overflowing with costumes that used to get worn on the regular.. now untouched. I tried not to look around at her hanging dresses too much.. I was already crying and I didn’t know how much more I could stand.

To make it work I had to pull them out of the box. I could have spent all day there with those dress up clothes.. touching.. remembering.. trying to find her smell..

But of course I couldn’t really..

I carried it to the boys room and set up their table.. I put out pillows in hopes it would suffice.

All 3 of my living babies and her minnie mouse gathered around her make shift table and ate.. I cried. .. a simple steady stream the whole time. 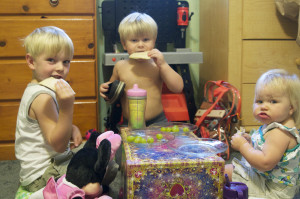 “Because I miss sissy and because I love you guys so much. It makes me feel so happy to have you all getting along so well. “

Tonight at counseling I shared that I am scared to trust the signs I think she is sending.. Jonathan often notices them too.. and gets just as excited as I do..He gets equally jazzed over something else that doesn’t seem to speak to me. ..

Tonight Tony shared he feels she sends him a sign as well..

..the other thing that Jonathan gets so excited for.

I think she is connecting us… 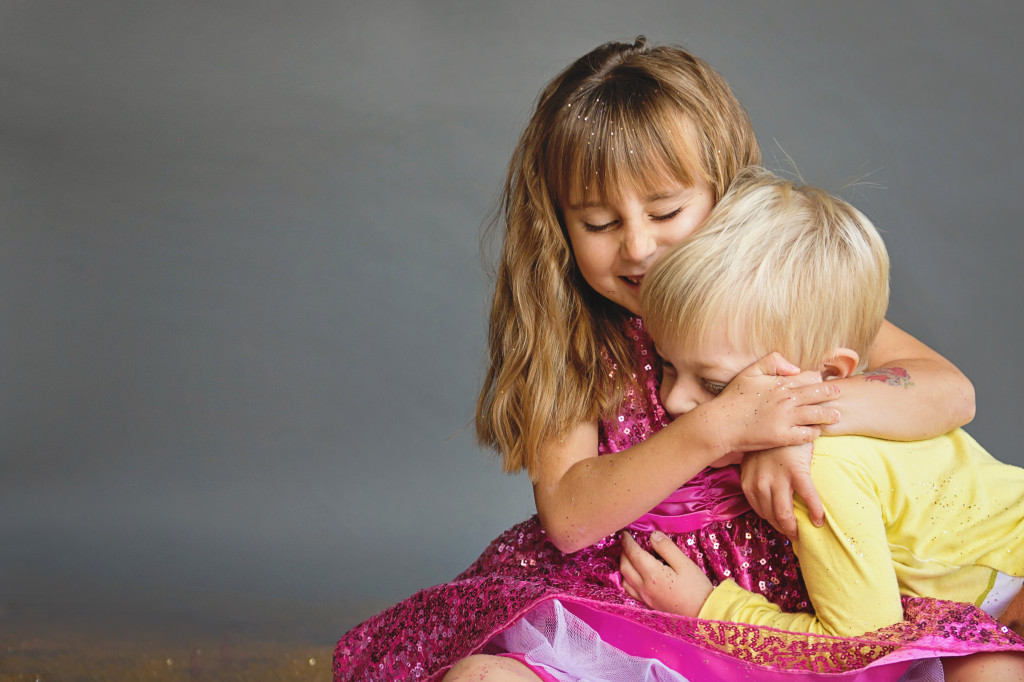 …until there is a cure..