I don’t know how to explain it or even what to make of it. Frankly it scares me…

Maybe it just shows how  disturbing all of this is… that my mind pulls back…lets a fog roll in to blanket this tragedy.. ..am attempt to protect my mind and save my sanity. Its incredibly disorientating. Because then all of the sudden…the truth blasts me. Something will happen that allows me to see with a clarity that destroys me.

Today one such occasion was the butter. When we lived at my parents, throughout her radiation, we brought butter her own butter. With celiacs you have to be so careful about cross contamination so she had her own container. I had written “Jennifer” on it.

Today I came out to the kitchen and saw it sitting out…emptied. Tony has used the last of it. And it was like I was forcefully 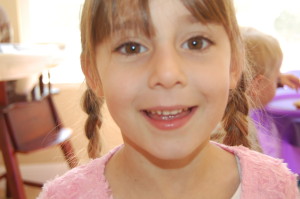 pulled up above the fog. . Jennifer…my daughter…she is gone. I will never again need to buy her her own safe butter. The ache was so palpable… Tears pouring down my face.. no sound…just my heart emptying itself.. I wanted to reach back down to that gray haze and pull it up over me…

It takes time to settle back into the false reality again. But its that natural state of confusion that allows me to function I realized. It allows me to take care of the other kids without curling up into the fetal position with her dresses all day long.

I often wondered how parents that lost children survived. I think this is how I am. Existing is this alternate reality.

Or maybe its just so damn easy to run from. I control our environment. She had only just started Kinder. 6-8 weeks into the school year. So I am way more used to not getting up to get her to school . .these lazy mornings  seem normal. Since she was our oldest I am not faced daily with girls from her class.. not forced to see 6 yr old girls running around in her uniform everyday. We are insulated from a lot of those in your face pains.

. . well for now. I wonder if its just on hold for two years. If when Jonathan starts at her school if I will be forced to come to terms with a whole new level of grief looking that those girls… who should be her…By then “JLK” will have been mostly forgotten and I will be some creepy lady staring hungrily at those 2nd grade girls. That feeling… of simultaneously wanting to watch and wanting to run, happens already when I scan through my FB feed…I can’t imagine the voracity of it when its in person.

I still wasn’t feeling too hot this morning so I would come out then lay down again. One time Jonathan asked me to come to sissy’s room with him. He wanted to read books in there. So we did. Then he got a urge..it looked like a need rather..to go play with one of her dolls. I am glad he moved so fast because I might have stopped him. Cleaning up her room the other day I saw she had laid a doll to sleep under her sweatshirt…her favorite sweatshirt. There was just something so touching to me about it I didn’t want it to be moved. 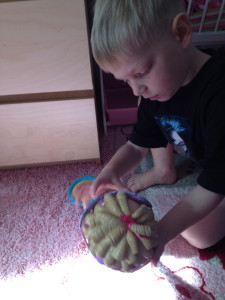 Jonathan grabbed it and started to feed it. Jennifer showed him how he said.

A little while later I knew the tears were finding me..I heard Tony and the kids out in the backyard so I got into the shower. It turned into a bit more than I bargained for..I found out later from Tony that they could all hear me. Jonathan has no fear of my pain. He walks right into the room….into the fire. I heard him coming and forced myself quiet. He tells me he heard sounds like I was crying and I am honest. He tells me when I get out and dressed he is going to give me lots of hugs til Auntie comes to get him (she was coming to take him to a cousins baseball game) I said sounds great..go wait for me…He simply replied

..no I am staying right here.

What an incredible little boy he is. What a husband and father (please God please) he will make.

Jennifer loved to dress up. Often in princess costumes. Crowns…purses and heels galore. I don’t want to get rid of them, but I don’t think I can handle having other kids come play with them yet either. So while Tony was at his solo session with our grief/marriage counselor Jonathan and I went through the dress up bins in the playroom and pulled out her things. He didn’t see me crying. But he pulled out a necklace and said he had made if for her… and he… well he was his “sissy sad”  he doesn’t exactly cry, but he chokes on the emotions swirling.. So that one was up to him what to do with it. The rest we put into a box and brought to her room.

On a spree I went through all the books in the house and organized. Putting a bunch in a box in the garage to rotate in and out. Looking through those clothes and books. So many memories. So much has changed. We also have a music toys storage box in the play room. It used to get daily play. But not once since she has been gone have the boys touched those things. It made me so sad…these changes that have been thrust so unnaturally upon our household. I would have thought, one month ago that those were some of the kids most beloved toys…but now they go un played with. …It made me so sad to be aware of the changes in these mundane details.

.. Is it too sad for them? Did they never like them and just followed what she did?

I hurt for them.

While cleaning  today they were sitting out … and the boys played with them. Differently then before.. But happily they played.

..now I hurt for me… Somehow them playing and being ok was hard too.

But I went with it. I need to allow the changes to occur.. even embrace them. I can safely, through my protective blanket of fog, remember Jennifer while giving them a chance to recreate themselves with our toys.

Jonathan left for the baseball game and Nicholas, Charlotte and I went outside to play with the water table. She loved everything water. Nicholas enjoys it too…and Charlotte seems to be following in her big sisters “fins”. I forced myself to 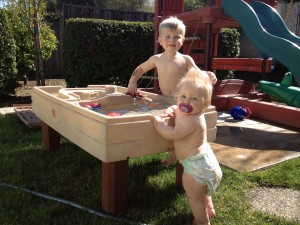 take pictures of Charlottes first time playing with the water table. I kept thinking how Jennifer should be here with us.. how much she would have loved seeing her baby sister splashing happily.. How this would have been the perfect friday after school treat..

I persevered though.. able to function through it .. because..  . it still doesn’t seem real. . well not really  real anyways. And I think not having Jonathan here helped too. Having only 2 kids with me.. feeling that it was ok..still safe.. to be off balance made it even easier to live in my land of pretend.

Writing this I realize its harder to run from the truth of her death when our living 3 are up and together. Naptimes and bedtimes make it easier for my conscience to hide. After my doctors appointment yesterday we were at my sisters for a bit. At first it was ok…then this creeping anxiety came in… I think its just that realization that she is really missing…I have this urge to keep “counting noses”.. even though on some level I know the first nose I ever counted.. or kissed.. is gone.

I miss my fog. 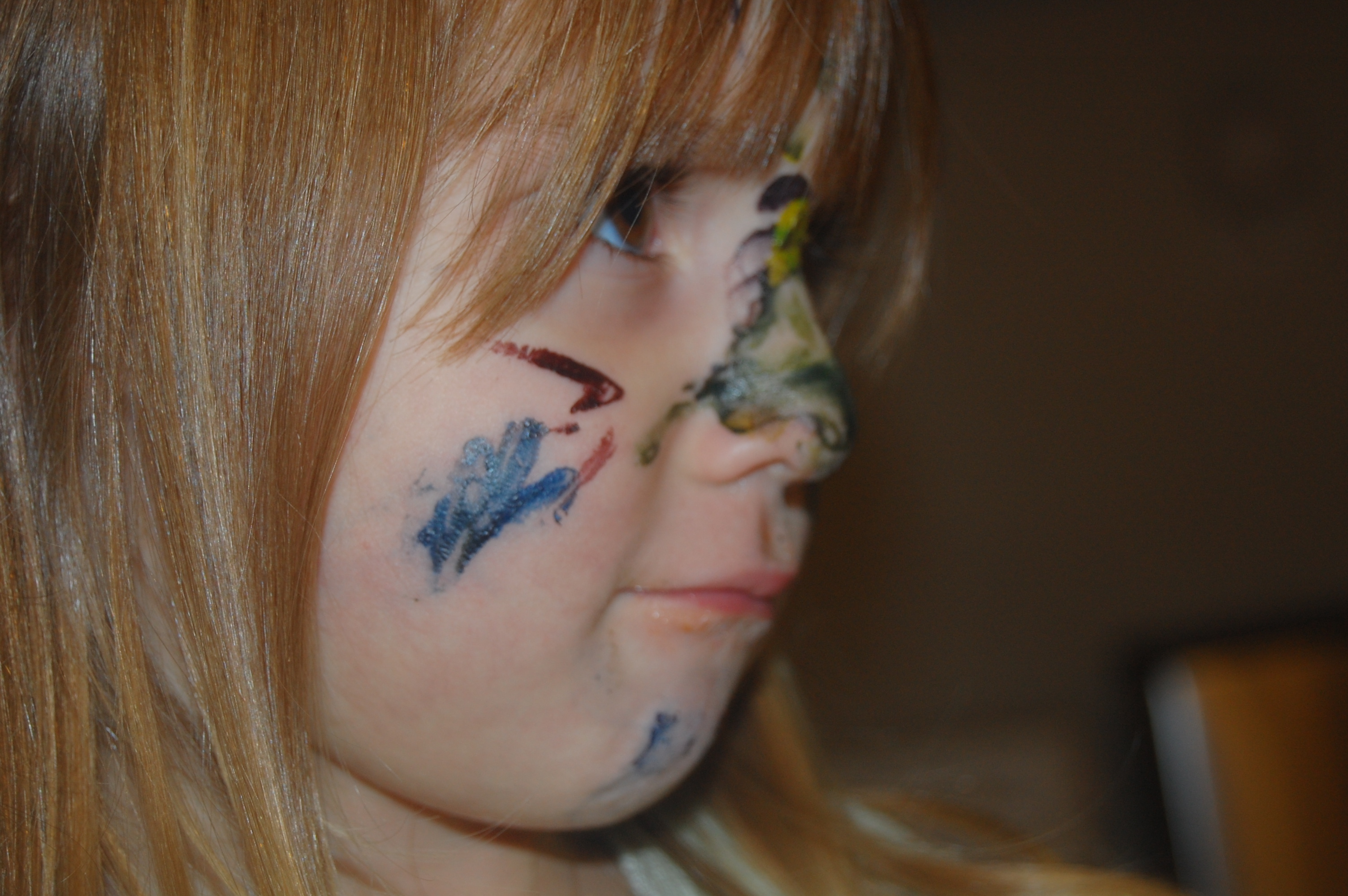