***Write down the time. Seriously right now look at the clock and write it down. ****

This blog is my lifeline. 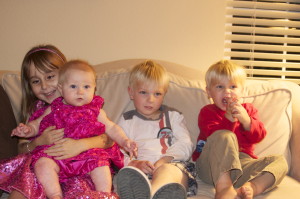 My connection to her. Its been a wonderful way to keep her alive for me.

At night I pour over videos (her singing ABCs) and pictures of her. Getting to re-live our lives with her over and over again… I look through them until the right one pops up for my writing. It takes a lot of time.. not the writing. The looking through the pictures..the memories. Of her. Of my kids together. hearts beating.

The relationship I feel with her through this.. .it keeps me going. .it allows me to forget

.. . another day has passed without her… 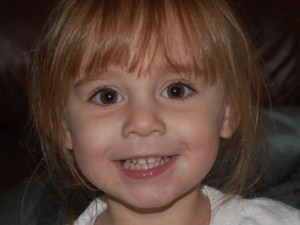 I get her again.

I think this connection I still have with her is what allows me to function.. to keep on going… to appear to be so strong. I think I trick my mind into not accepting that she is gone.

But moments hit. I find myself avoiding them.. running and hiding from the pain. Last night it was Evite. I opened it, ready to RSVP until I realized they asked for number of kids attending.. I couldn’t honestly put 4. But no way was I clicking 3. That would make it real.. I just couldn’t do it. . So I closed the computer.

I felt that familiar pounding and swimming in my head.. . feeling like the walls were starting to close in on me.  Choosing to not answer. To hide from it silenced the anxiety… calmed me quickly.

When I considered answering accurately it felt like I was denying her.. .leaving her out. These sudden aches, the ones that surprise me, really bother me. I like to be in control. I like to be prepared. I am the kind that usually packs for a vacation a week ahead of time because I just feel better that way.

I think that’s a part of my struggle with all of this. My total lack of power and control. My inability to prepare her… or me…or my family for her death.

.. .impossible to prepare for something you cannot wrap your mind around actually happening.

Celiacs. A total dietary change. But I was able to grasp it eventually… even deal with occasional slip ups .. I had it under control. Sorted out. But this… her cancer.. every time I thought I had a handle on it.. I was bucked off. Face in the dirt. I would get up and dust off and try again… This last knock. ..the final one..

I get up and look around ..

Without her its done. Its over. Yes a war is still raging against childhood cancer.. and I will take up my glitter dusted sword. But this is different… .this is me.. her. Us.

there is nothing left for me to grab onto… to be able to figure out and just keep on keeping on..

Then a piece of me lays back down in the dirt once I realize that. .. .Permanently defeated. Really no other option seems to make sense.

Another piece of me stays standing. But only a shadow..just enough to keep my kids and husband afloat. The rest of me will never rise up again. never.

Its not just about me though. I am not the only one desperate to hear her name I realized today. Friends happened to stop over when we were doing chalk paint in the driveway. I didn’t really want to go out front but the boys did… I let them take the lead.. (were they really taking hers again?)

side note about that.. Today Jonathan told me we can’t talk to her. That we can only talk to God and he tells her what we say. I kinda like that.. especially that he is making up these connections on his own. ..

So outside with friends the kids played around for a bit and talked about her. He was so happy. Tony and I get to hear people talk about her a lot. The not saying her name or talking about her hasn’t even started yet but already I write about my fears for it… For him though, its already silence.

He hears me and Tony.. he talks with us about her .. but it pretty much ends there. Maybe he hears some other adults and I try to include him in what we are talking about. Its never his peers though.

This evening it was. Writing JLK with rocks … ripping leaves and flowers and grass and tossing it in the air screaming..

“We love you Jennifer”

I watched him. He was beaming, but I missed it until later when we talked and I reflected back on it. I asked him how it was talking and yelling about her..to her. I asked if liked it or not. .. 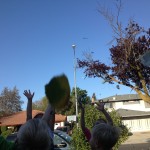 I realized it then. That for him, its like his sister is dead and nobody cares.

Maybe trying to protect our children does anything but… This isn’t to say I want or even invite people to start talking to him about his sister. It needs to be on his terms. This worked because it was natural and organic. And most importantly another child.. somebody on his level.

But it made me realize how it quite likely is from his perspective. Possibly always will be.. since in his life most other kids will not know of Jennifer.

That sucks. I never thought about it from his vantage point…I have gotten so much from other bereaved moms. This makes me look even more forward to getting together with other bereaved families… to hopefully just allow the kids to speak about it…about Jennifer and their siblings in heaven.

I want to shelter them.. to keep them protected in this new world we find ourselves surviving in.. one where some kids die young. . I have worked so hard to be honest with him about my emotions and embrace his. Now I see a new step in this process for him… widening the circle of loss to include more people for him.

We all need friends.. even 4 yr olds… 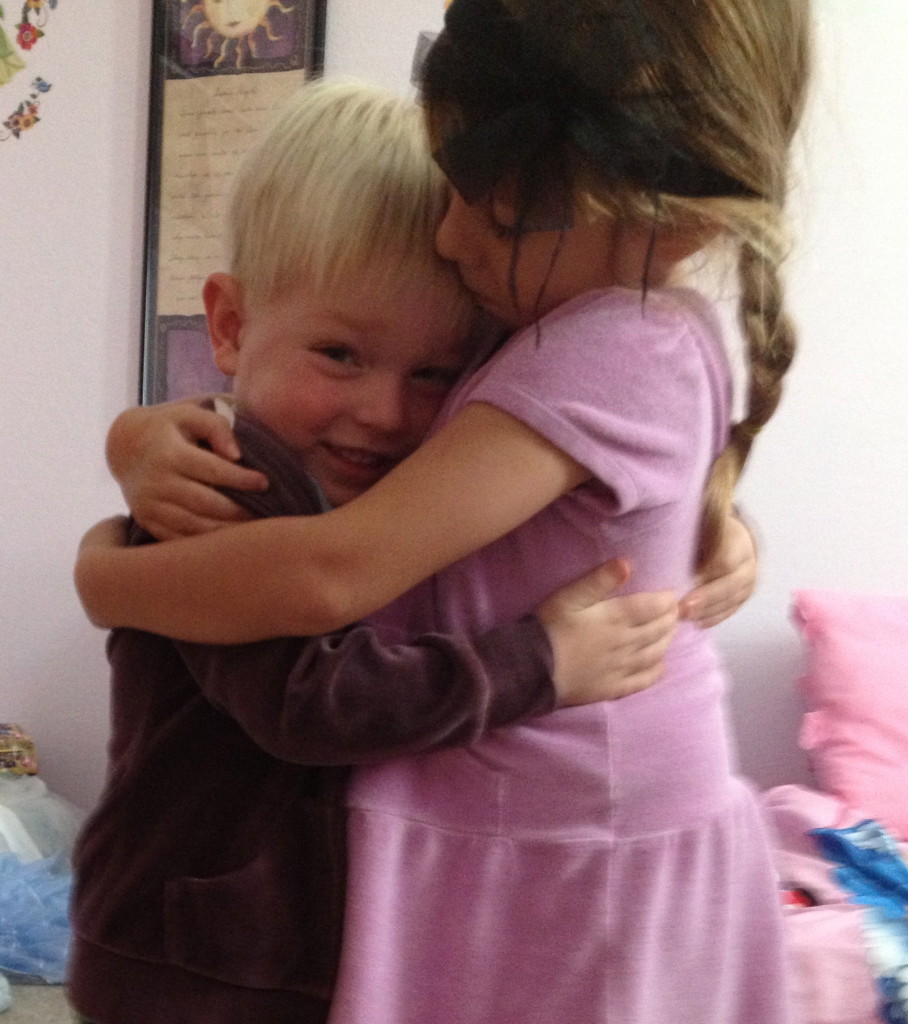 ***** Now check the time. Glitter for the day. A child is diagnosed with cancer every 3 minutes. How many in the time it took you to read this post?**** 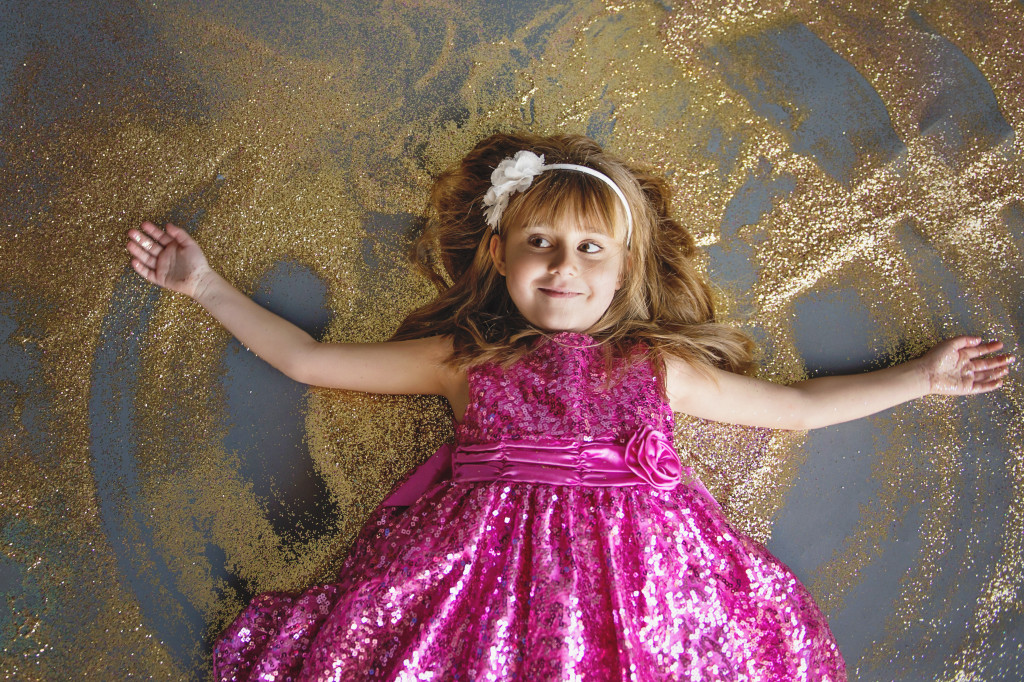