In the middle of the night 1 month ago…

Last night was harder than today in most ways. I sobbed…body racking sobs. Going to bed I went to her room. I talked to her…and cried with her…But I decided to sleep in my own bed.

Heavy sleep found me.. . Like my body just needed to be really really numbed by sleep. I am appreciative… . I woke up this morning to a quiet house. All my boys were gone (Tony camping and kids with my parents) …baby girl sleeping…and big girl..well we all know where she is. 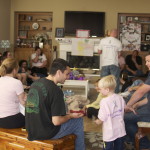 The empty house was a brilliant reminder of what I have to be thankful for. 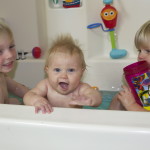 I am glad I wasn’t alone though. Just me and Charlotte was perfect. She ate…I cried (kinda a theme for the earlier part of 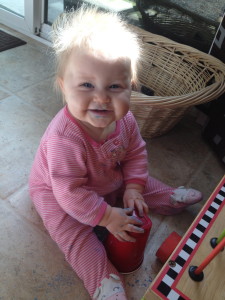 the day).  I just talked out loud.. . to both of my daughters while going about normal tasks. We watched the glitter photo shoot video on the tv and then her slide show. I cried and smiled. I genuinely missed her.

. .. but soon after realized how much I am still just waiting for her to come back. Its like when I really slip into the murky water realization she is gone my body kicks me back up to breathe…I think the disbelief is the only way I can survive still.

My sister came over for a bit and that was good to. I needed a break from my mind ..

Another mother…bereaved less than 2 yrs ago texted me a piece of what works to get her through the anniversary date of loss…she tries to do what her son loved…So I made plans to have my mom bring the boys home and I met them outside to go for a walk…That was one of her favorite things to do with me and her siblings.

Its always so hard for me to know if I should bring her up to Jonathan or not. But I decided to since he wanted to walk holding hands. I told him why were walking. I asked if he knew what a anniversary was…and I explained it had been one month since she died.  He told me he missed sissy. I told him I did too…then he ran ahead with Nicholas…they ran in the blowing wind…blowing down the blooms from the cherry blossom trees. … Later he told me they were fairies flying all around him. 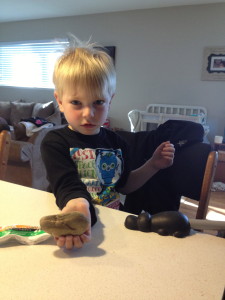 We have always stopped a lot on these walks.. look at rocks or trees.. just about anything. Today we found a rock. We thought it looked like a heart..Jonathan clung to it… fiercely…and full of hope. He wanted to bring it home for her. He just loves to bring things for sissy to put in her room. Very interesting the difference of our interpretations…I saw it as a gift from Jennifer…he saw it as a gift to her.

I wanted to take a picture of him holding it. I asked him to smile…but he said he didn’t want to because he missed her. Sometimes he milks it… because the “I miss sissy” card is a fail safe… but todays was all genuine.

I so wish I could fix his hurt. I hope talking with him… helps.

At home I made a gluten free dinner. Its always so much easier for me to prep the gluten free food…but also hard to finish it off and throw away the box. We talked while we ate about all sorts of things and I asked what they thought Jennifer’s favorite dessert was…cold yogurt. aka frozen yogurt.

So we jumped in the car and headed out. My first time behind the wheel in 2 months. I love our small town…but its also so full of memories. The last time we were there Tony and I had taken Jennifer. She ate a little yogurt. We headed to Target and she threw up.  Her final out of the house excursion..I just hoped music from her services wouldn’t be playing.

Jonathan wanted a cone. My knee jerk reaction was no…it might cost a little more and Jennifer can’t have one. I stopped myself and told him I changed my mind…this was my no into a yes moment. I read them the flavors I thought they would like…even sampled a few. Jonathan walked over to one I hadn’t read…I didn’t think he would like and he firmly said thats what he wanted.

*****I just plugged in my phone to charge it and  download/upload? pictures and a few videos popped up as never been taken out of my phone..not true…so I figure I better share a few…here is a blog about this first one dancing with mommy and first visit with the boys during radiation and a great one from a few days ago of Charlotte cracking up over Nicholas (who has no pants on so I won’t be sharing) ***** 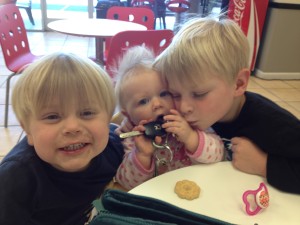 We ate together. I missed her. But still enjoyed being with these 3. Eventually though I felt anxiety creeping in. I decided to get some to go for Tony and I to share together when he got home from his camping trip. So he could be part of it too. He got home late…and he was tired. But a good tired. Still he made time to talk with me and eat our cold yogurt together. Its hard for him not to read this blog…but I think its the right choice for us. It helped to connect with him.

Driving home…Brave came on. We turned it up and sang along. (I cried) .. my hope is they are becoming more ok with that. Nicholas doesn’t try to get me to stop every time I start now…hopefully he is just adjusting healthily to this new hyper emotional mother I am.

I put Nicholas to bed..then Charlotte. Jonathan stayed up with me for a bit. He enjoys getting to be the big boy. A lot. I 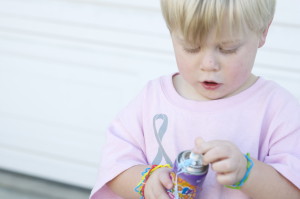 need to remember to find ways to give this kind of treat to Nicholas too. Special moments for just me and him. Jonathan is thrust into being the eldest… but Nicholas is now alone being the middle child. I don’t want to just forget him…Get so caught up in missing Jennifer…worrying about Jonathan and babying Charlotte that he gets left in the dust.

Nicholas is just such a good guy… even at 2 thats how I would describe him. Easy going…loving…protective and hilarious…

Its so scary to even put that out there. That I have faith in tomorrow with him.

I miss that normalcy…where your kids don’t die. 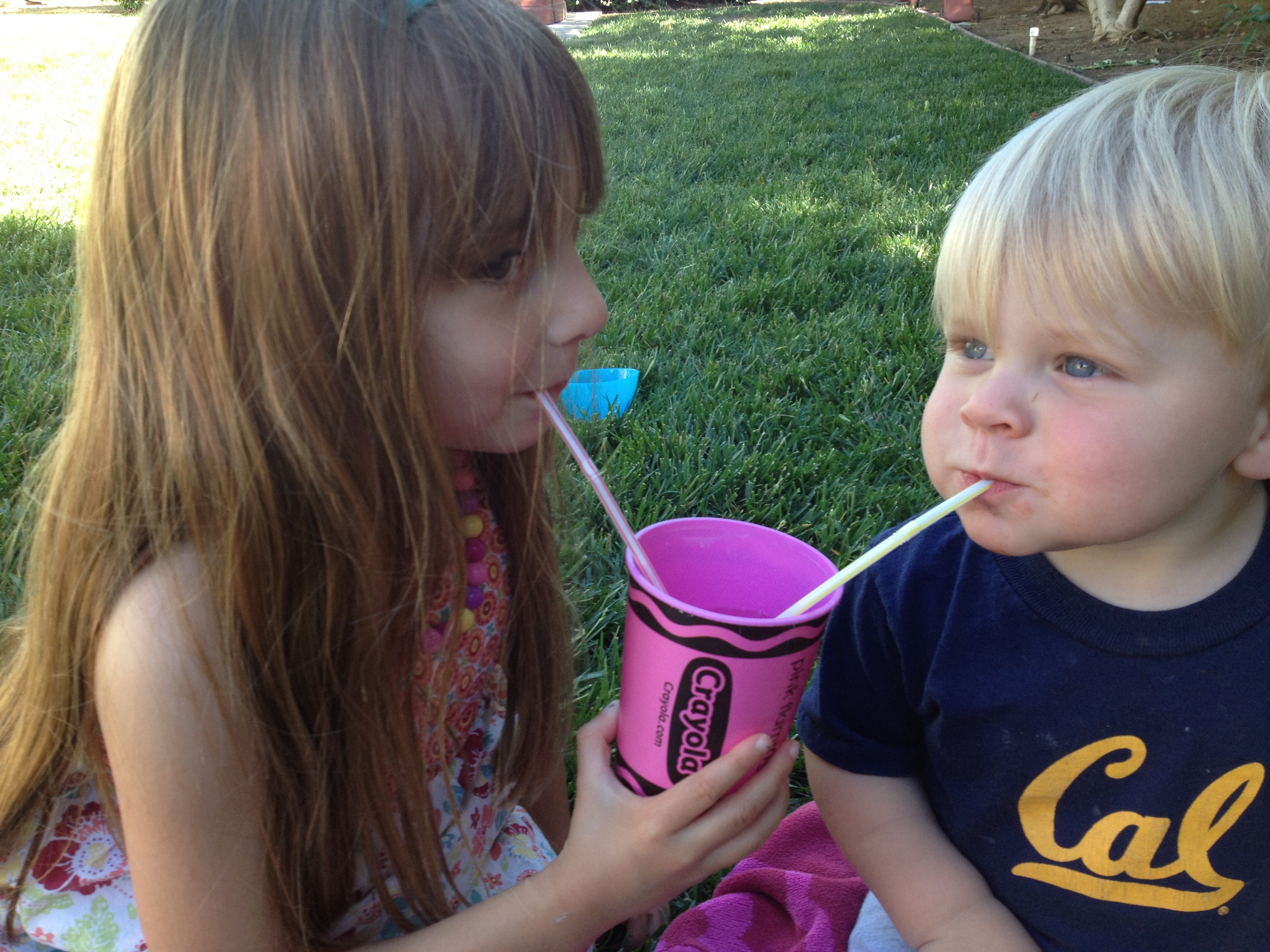